MUST improves life outcomes for youth and young adult males of color (black/brown/indigenous peoples) through professional, long-term, near-peer mentoring. MUST hires responsible and bright young adult male mentors who graduated high school and desire further education but lack some resources to attend college. The mentors are matched with same-culture male youth attending high school who are genuinely at risk of dropping out and/or becoming involved in the justice system. The mentor receives a salary, coaching (from volunteer professional men in the community), training and peer support in order to finish college and the youth receives a positive near-peer role model. The MUST mentoring program is designed to serve the youth for 4-6 years, through high school and the transition to college, trade apprenticeship or career. Youth watch and learn from their mentors for four years and begin to think, ‘If he can do it…so can I!’ 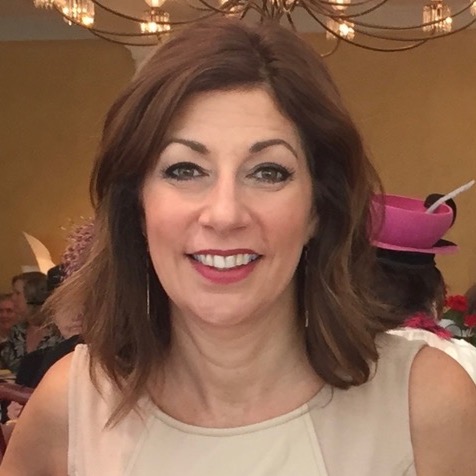 Sharon grew up in Corvallis, Oregon and moved north to Salem, then Portland. After a four-year detour to Columbus, Ohio, Sharon, her husband and two sons moved back to the NW and have been Mercer Islanders for the last seven years. Sharon has a BA in history and an MBA, her entire career has been in not-for-profit fundraising and marketing for higher education and multiple NGOs. She’s currently working on the community project to create an arts center on Mercer Island (MICA) as the Director of Strategic Relationships. Sharon’s passion, outside of her family and friends, is food. She’s active in the local farmers market, the MI Food Revolution, and is the Co-Founder of the healthy family coaching and website Table365: Feeding Your Family. Sharon enjoys being engaged in the community and is currently President of the Mercerwood Shore Club and an active member of the MI Rotary and the Women’s University Club of Seattle. 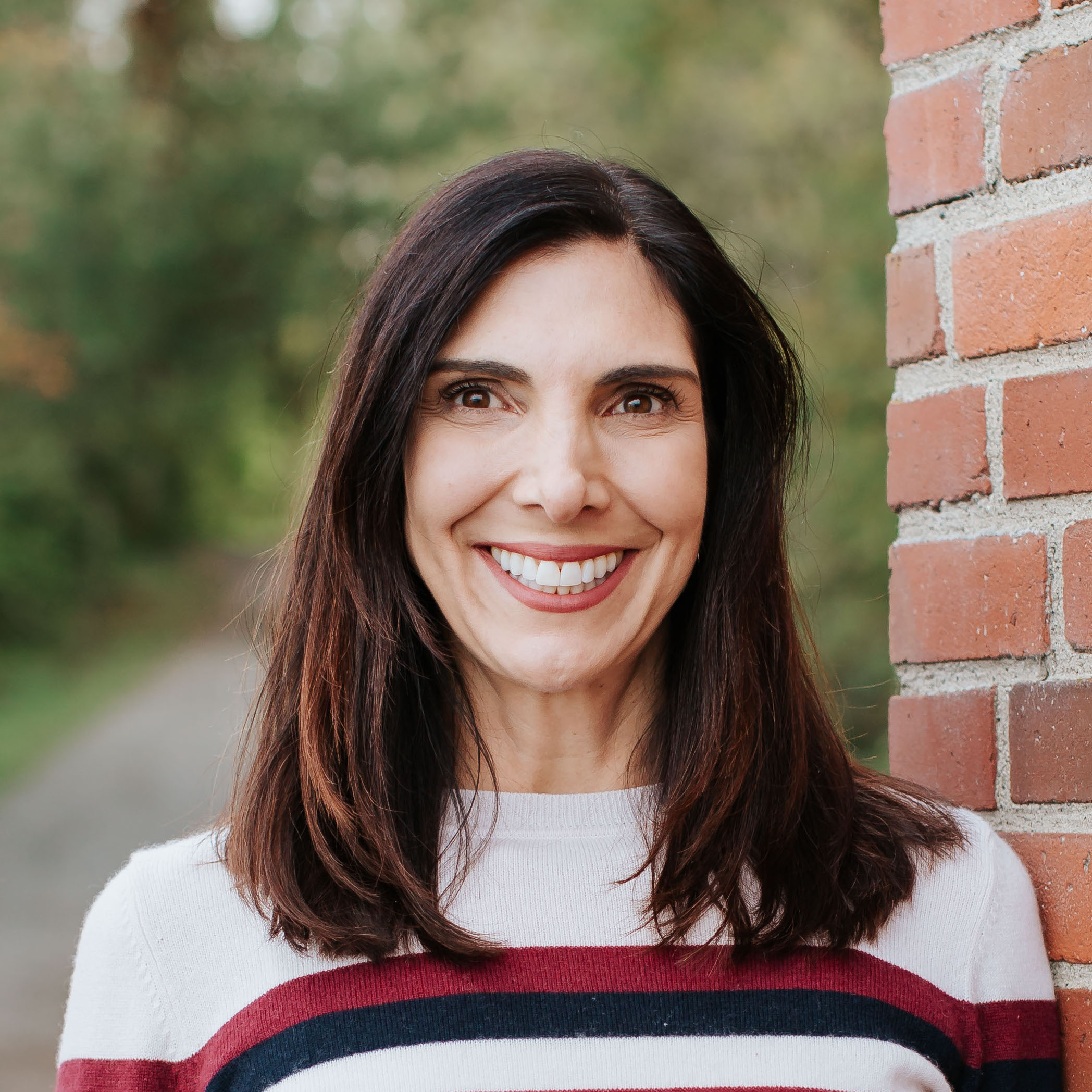 Erin Krawiec grew up in Southern California. She is a recent transplant to Mercer Island, and was a Seattleite for over 10 years before that. She is currently the CEO of her home and manages the lives of three active kids. Erin has a B.S. degree from UCLA and an MBA from the Kellogg School of Management and has over 14 years of professional experience. Most recently, as an Associate Director at Navigant Consulting, Erin served as an expert witness and testified in corporate litigations on matters related to economic damages, accounting, finance, and business strategy and marketing. Before that, she founded WebWisher.com, an online gift registry for kids and worked in various business roles in the high-tech industry. Erin was chronicled by Fortune magazine in four issues between June 1999 and March 2001 and appeared on the May 2000 cover. Erin currently serves as the President of the Mercer Island Community Fund (“MICF”) Board of Directors.  MICF is a local non-profit that receives, invests, and grants funds to support community goals and interests. She is also an active volunteer and involved in the PTA and the Principal’s Advisory Council at her kids’ school. Erin enjoys interior decor, travel, yoga, and skiing.

About The Seattle Clemency Project (“SCP”):

Seattle Clemency Project (SCP) was started in 2016 as a way to practice what it means to be part of a merciful and just society. SCP believes in second chances and the power of redemption in healing individuals and restoring families who have faced inequities within the criminal justice system. The only nonprofit in Washington state focused on clemency, an act by the governor to grant a pardon or commute – shorten – a prison sentence, SCP recruits, trains and engages volunteer lawyers to help long-serving prisoners, including those sentenced as juveniles to life or de facto life sentences, gain early release from prison; assist refugees facing deportation because of past crimes to obtain pardons from the governor; and, through SCP’s Reentry & Mentoring Program, created and run by two formerly incarcerated individuals, provide clients who gain early release from prison with ongoing free legal support and resources to ensure successful reentry to the community. 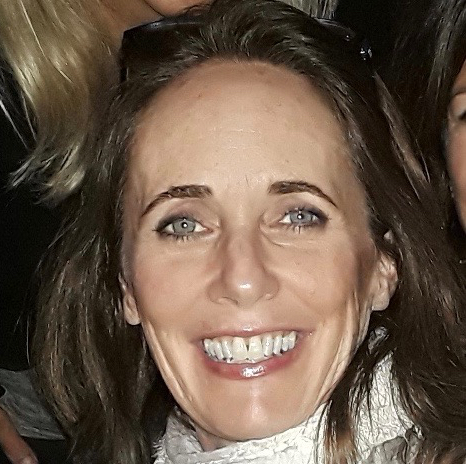 Helen Kelly moved to Mercer Island in 2012 from the San Francisco Bay Area. She was born in Boston, MA and has lived in Germany and Switzerland (as a young child), Phoenix, San Diego, Japan, Los Angeles, and various locations in and near San Francisco. She went to undergrad at University of San Diego and received a Masters in International Business at Thunderbird. She has traveled extensively around the world and loved experiencing other cultures so much that she lived in Japan for 2 years studying Japanese, working at a local advertising agency, and teaching English. Past companies include SeaLand, Beyond.com, eframes.com, Intuit, Macromedia, and Adobe in various roles including in sales, operations, logistics, program management, and webinar production. She currently is raising 2 kids and working part time teaching yoga and working for a family business. She has volunteered in various capacities with schools and community: Habitat for Humanity (both on construction sites and served on the Family Selection Committee), President of preschool coop, various school board positions, including managing website and newsletter. Her favorite volunteer experience to date has been going with her teenage son to Tijuana to build houses over spring break.  When there’s free time, favorite activities include traveling, hiking, tennis, yoga, reading, camping, and hanging out with family and friends.

TAF builds collaborative relationships with public education to create access to transformative systems of learning for students and teachers of color to eliminate race-based disparities.  As a nonprofit leader in redefining Science, Technology, Engineering, and Math (STEM) education in public schools, TAF focuses on supporting public school districts to use STEM as a tool for realizing social change and educational equality in low-income and underrepresented communities. Its approach leverages in-school and out-of-school learning to shift the role of education in students’ lives, cultivating leadership in all students toward equity in their community.  Through its core programs, TAF Academies, School Transformation, and Network for EdWork, TAF impacts over 20,000 students across Washington State. 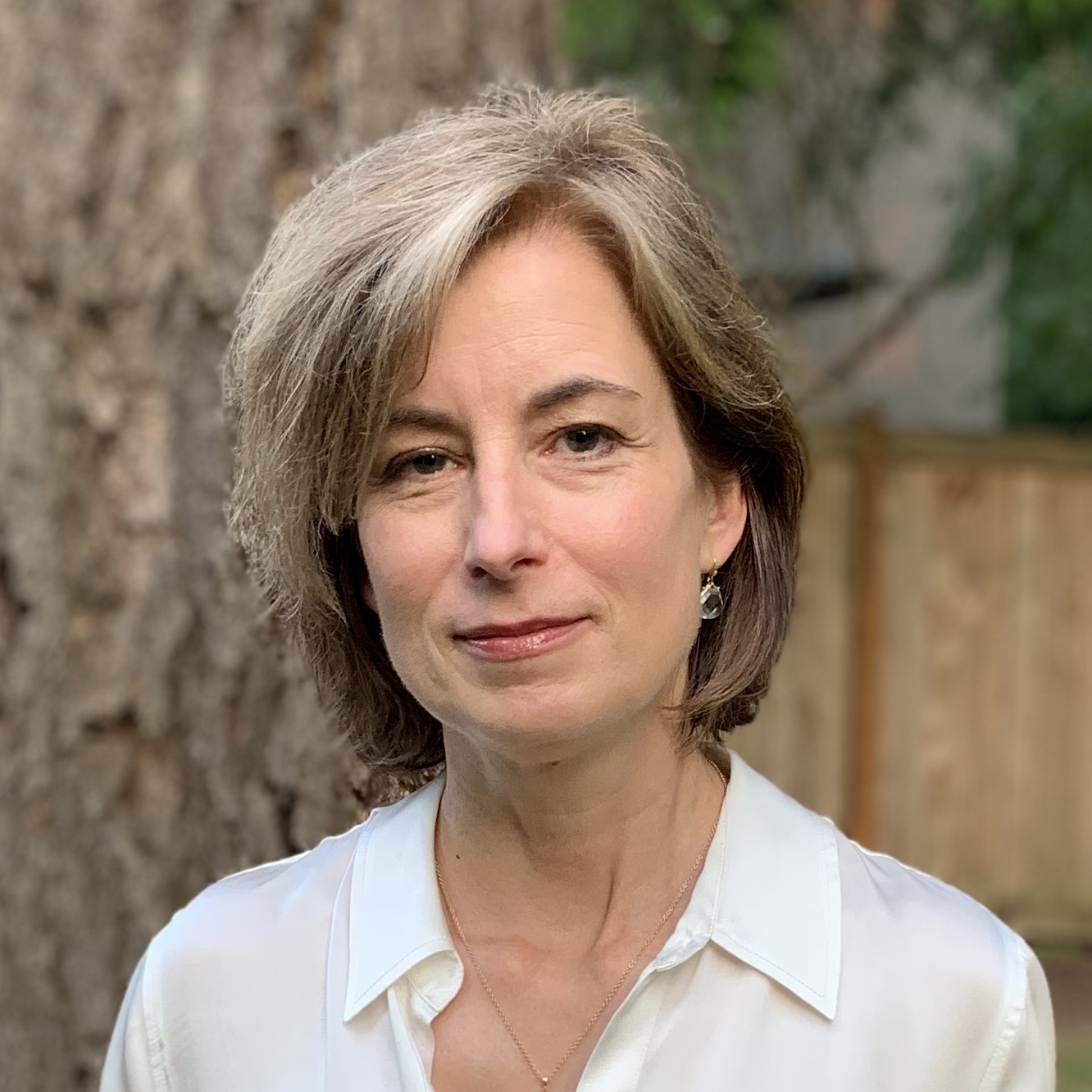 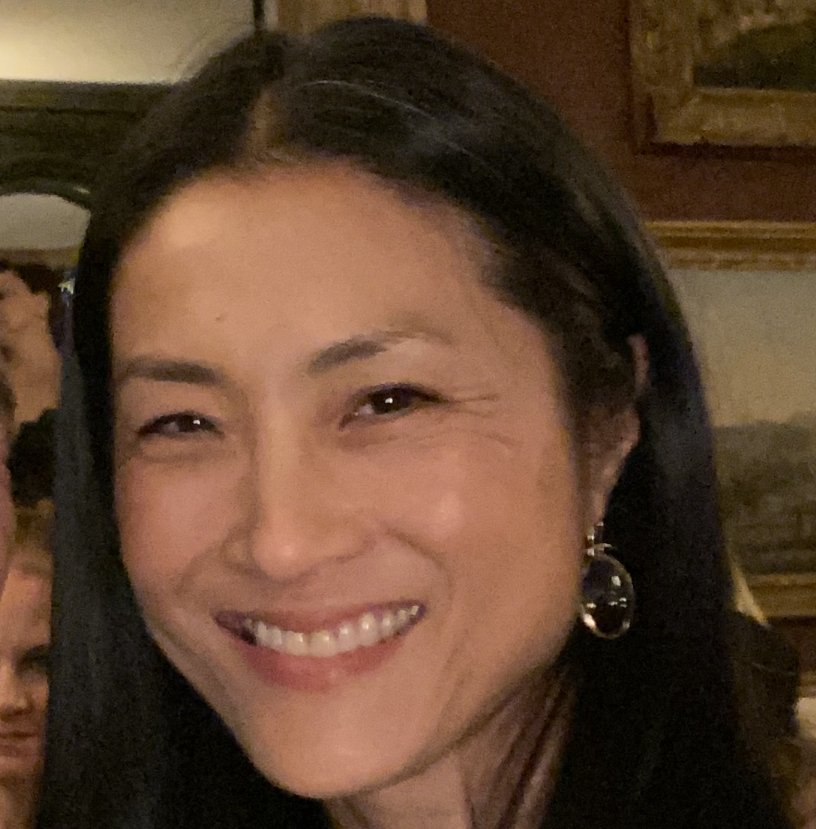 Amy Lee, MD grew up in Austin, Texas, but now calls Seattle her home. She is the Chief of Pediatric Neurosurgery at Seattle Children’s Hospital and an Associate Professor of Neurological Surgery at the University of Washington School of Medicine. She serves as the Fellowship Director for pediatric neurosurgery and Associate Program Director at Seattle Children’s for the UW neurological surgery residency program. She moved to Seattle in 2011 after completing her residency training in Neurological Surgery at Washington University in St. Louis, Barnes Jewish Hospital and fellowship training in Pediatric Neurosurgery at St. Louis Children’s Hospital. She is dedicated to delivering the best neurosurgical care possible to children in the WWAMI region with particular interest in brain tumors, craniofacial, spinal dysraphism, and hydrocephalus. She and her husband love to spend time with their 2 children, especially skiing. She also enjoys cooking, running, and yoga. 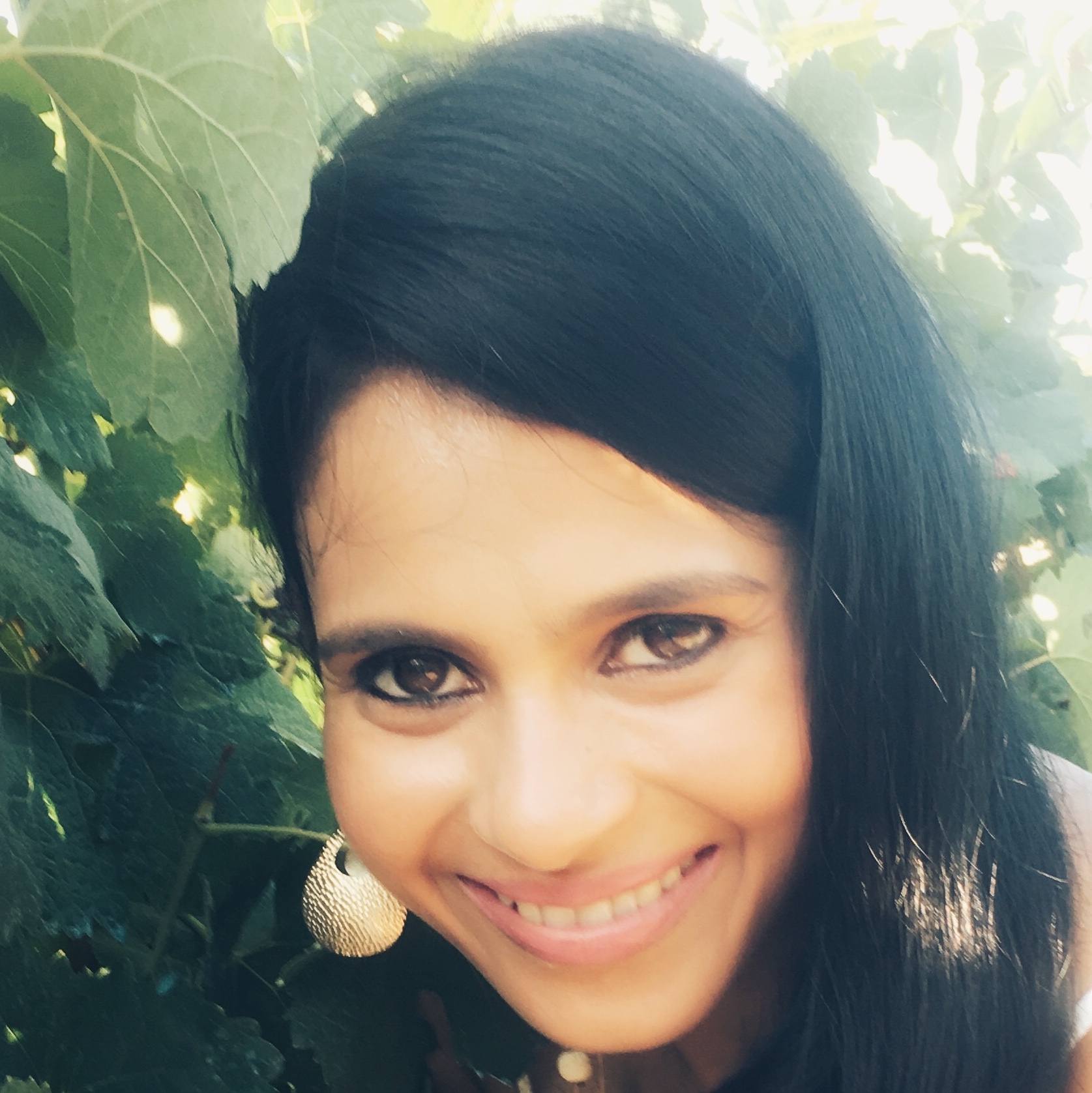 Minakshi (Mina) Velamoor grew up in Chennai, India in a family where love was expressed through diverse culinary creations. She is a Computer Science engineer from the Birla Institute of Technology and Science at Pilani. Mina moved to Seattle to work for Microsoft and has been a product management professional in the technology industry leading global product management teams through product planning, strategy development, product launch, budget and competitive analysis. She spent 15 years at Microsoft in program management leadership across Bing Ads, Outlook, Health and Windows. A majority of her career was spent building insightful technology solutions for big data needs across product lines. Her expertise with data driven decision management has helped steer products from a compelling vision to a clear execution path. She is currently a sales and business development advisor at Optio3 a technology startup in the Seattle area and leads the career pathways initiative at Rainier Scholars, a college prep program for low income students of color building pathways across STEM and Computer Science, Law and Medicine, Entrepreneurship and the Humanities. Mina is passionate about giving back to local and global communities and strongly believes that giving encourages dialogue between people and unites communities for a common cause. Mina serves on the board of the Mercer Island Youth and Family Services and the Virginia Mason Foundation. She is also starting her first year as VP of Fundraising at Lakeridge Elementary. Mina is married to Gautam Velamoor who grew up on Mercer Island and is a cardiothoracic surgeon at Virginia Mason. They have two girls Zara and Anisa. Mina loves to travel, is a foodie and loves to plan places to see around foods to eat.