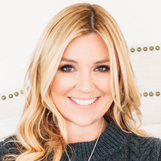 Born and Raised in Mercer Island and a graduate of the University of Washington, Jennie King has worked for major retailers including the Bon Marche, Nordstrom and Ann Taylor. After a chance encounter with a Financial Advisor with Merrill Lynch, Jennie went on to become the Regional Vice President and Client Relationship Manager for the Northwest Region of the Firm and spent the next 18 years traveling across the country in a variety of roles.  In 2015, Jennie was brought back to the fashion industry when she became an Independent Sales Consultant for women’s RTW collection Carlisle. Shortly after, her love of the industry took over and she added a luxe jewelry line to her mix, ASH + AMES, which empowers women and gives back both locally and internationally.  Jennie then sold the Worth line of clothing. Jennie has a passion for helping others and has held active roles with Check Your Boobies / Can Can (now part of the Rivkin Center), Starlight Children’s Foundation and the Lakeridge Elementary PTA within the Mercer Island School District.  She also started and led Kiwanis K-Kids at Lakeridge Elementary and helped kids raise money and awareness for several worthy causes.  Jennie coaches her son on the Mercer Island Youth Varsity football team.  Now, she’s embarking on a new adventure–coaching the varsity boys swim team at the Mercer Island High School.  Jennie has a passion for fashion, design, and swimming and loves spending time with family and friends.