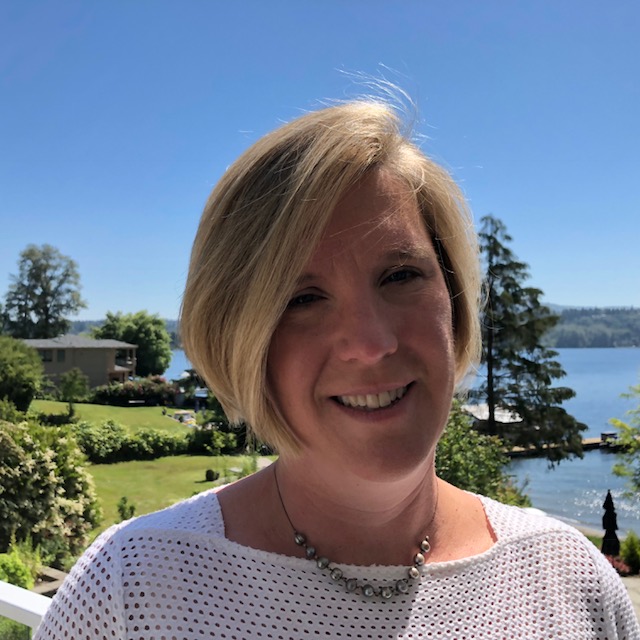 Jody moved to Mercer Island in 2011 with her husband, David, and two high school aged daughters, Hannah and Audrey. Prior to moving to Mercer Island, Jody spent time living in the midwest, Texas, and the Washington, DC area. Jody practiced as a lawyer in Washington DC for 18 years before moving here – first as a Department of Justice legal fellow and a law clerk of the DC Court of Appeals and the US Supreme Court, and then in private practice at both small and large law firms for 16 years. In private practice, Jody litigated criminal and civil cases, usually involving regulatory or criminal investigations by the federal government at both the trial and appellate levels. She also represented financial institutions in complex civil disputes. After moving to Washington State for a new job opportunity for her husband, Jody aside her law practice to concentrate on developing community ties here. Though she planned to return to paying work within a few years, she has remained fulfilled through 7 years of community service work for the Girl Scouts of Western Washington (as a troop leader, regional cookie manager and service unit manager of all troops on Mercer Island); for the MIFC Soccer Club (as a recreational and select coach and a Board member); for the MI Boys and Girls Club (as a basketball coach); for the Mercer Island Youth and Family Services (as a Board member); for the National Charity League as a philanthropy liaison for the Mercer Island Senior Social Program, and as a volunteer for the Mercer Island schools, PTAs and the band program.